7 tools to boost and revitalise your teams after health crisis!

CONSULTING SERVICES ADAPTED TO YOUR OBJECTIVES

Using a quantitative and qualitative approach, identifying progress areas for bonus schemes and any possible gap between the company strategy and the incentives being produced.

Taking the necessary time and effort to define the guiding principles of the company’s incentive scheme, and transposing them into a precise business requirement document.

It results in the establishment of pay out scales, which are the concrete translation of the company’s compensation policy.

The communication phase is an essential step in order to guarantee that your entire team is on board with the variable pay scheme. This process can take several forms: internal deployment documents, web communications, individual presentation tools, or manager’ training.

Going beyond the classic calculation “engines” such as target bonuses, commission and ranking systems, Primeum offers exclusive procedures for the calculation of bonuses enabling clients to get highly specific incentive schemes. 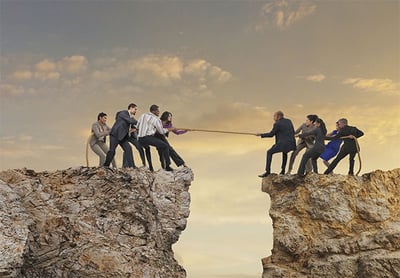 The Primeum “Surface” enables companies to create bonuses for two criteria which are inextricably linked to one another, without overpaying the beneficiaries when their performances are unbalanced between those two criteria.

It can sometimes be necessary to generate an incentive to produce two performances which do not necessary follow on from one another; for example, optimizing margins and revenue at the same time. Classic calculations based on additive mathematical formulae can generate a number of undesirable effects, which the Surface enables us to avoid. 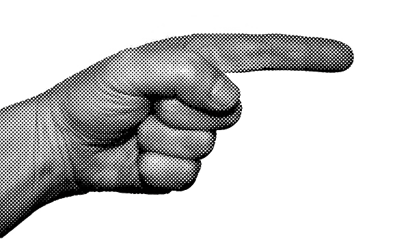 Recognizing the contribution of various roles to overall performance is increasingly considered as essential, but this cannot be only measured using usual economic criteria.

More and more often, the main performance variable must be expressed via the quality of execution of an action plan.

The objective is clear, but requires a genuine ability to understand the difficulties in manipulating qualitative objectives within an incentive scheme.

The Primeum Performance Quality Process allows you to create an intrinsic link between two requirements: the need for quality and the need for economic performance.

Getting employees to commit achieving the right targets

Primeum Commitment enables you to make the achievement of an ambitious objective more profitable for the employee than over-performing on a minor objective.

A truly revolutionary concept in terms of target bonus systems, here we replace the traditional negotiation of objectives with the establishment of a robust plan of action.

This enables the beneficiary and his/her manager to commit to an ambitious realistic objective, leaving behind the undesired effects of traditional Sales vs Target system. 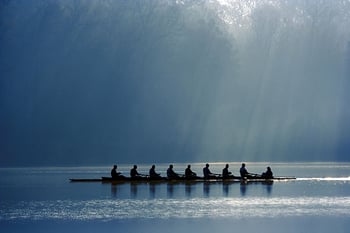 In cases where it is not possible to set individual objectives, incentivize each employee to make a greater contribution to achieve results, without the limitations of a ranking scheme.

Ranking schemes are often used in situations where strict budgetary oversight is being sought. However, they lead to disconnect the incentive budget and the company’s overall results, and above all do not account for the real differences between beneficiaries.

In practice, if the first of the ranking whose performance level is actually below the initial target, should they earn the same bonus they would have if the team’s overall performance had been better?

With its ability to assess individual contributions, the Primeum Contributor tool avoids the major problems associated with traditional rankings systems, by offering a simple way of expressing the relative contribution brought by each beneficiary to the overall group performance, while also ensuring the advantage of a full budget control.

Adjusted commission introduces the principle that even with the same overall sales results, performance is considered better when it represents significant individual progress. 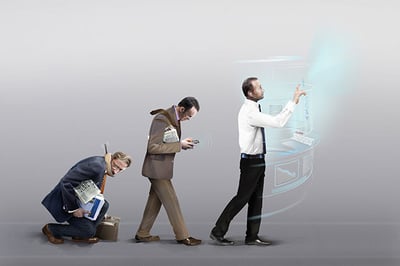 This mechanism incentivises the “middle of the pack” within a team, encouraging them not to become complacent with their gains, but to pursue higher levels of progress in order to optimize their commission. At the same time, the top contributors are always motivated to stabilise their portfolio.

Our approach allows companies to adjust their commission structure based on performance progress levels, while also retaining full budget control

With the Incentive Manager Toolsuite (IMT), Primeum allows you to address your full range of needs in terms of design, calculation and communication of incentive schemes to your teams.

Incentive Tracker, a solution for following up with your teams

There is no point in running, you have to animate.

60% of commercial directors consider that their bonus schemes are insufficiently well-communicated. However, incentive compensation remains a powerful tool for aligning the action plans of recipients with the company’s strategy throughout the performance cycle.

How can you get your teams on board with pay schemes right from the beginning of the cycle?

What’s the best way to present the performance aspect during a sales cycle?

How do you centralise interactions with your team at the end of a cycle?

…and yet, none of these companies trust the same program to calculate their fixed salaries.

How can you avoid disappointing your teams?

How can a complex process be made reliable?

Target Manager, a solution for defining and validating objectives

How can we determine individual objectives precisely and fairly?

How you can industrialize the calculation of objectives?

How you can give your management team responsibility to define and validate objectives?

Incentive Designer, a solution for constructing your incentive compensation schemes

How can we account for motivational incentives when constructing pay scales?

Payout curves adapted to your motivational methods, regardless of the calculation mechanism being employed:

How to manage the impact of your incentive schemes?

How can we draw benefits from pay scale optimisation?

AN ONGOING LEVEL OF SERVICES

Our service levels on implementing incentive compensation easily and quickly adapt to your needs. From the internalization of our tools operated by your teams to a complete outsourcing of your processes, we offer a service level continuum.

Fully-independent services, from configuration through to implementation of incentive schemes

BALANCED
Full outsourcing of the implementation of the variable pay scheme, enabling your teams to focus on other high-added value objectives
SERENITY

Primeum is committed to protect your personal data and to use it only in connection with the request for additional information and the commercial relationship that may result. This information is not and will not be shared with third parties. The information collected on this form is stored in a computerized file by Primeum so that we can contact you again.

They are kept for 3 years and are intended for Primeum's marketing and sales department. In accordance with the RGPD, you can exercise your right of access to your data and have it rectified by contacting dpo@primeum.com or Data Protection Officer, Primeum, 32 rue de Lisbonne, 75008 Paris.